Close to the village of Pano Panayia in a mountainous part of the Paphos district of Cyprus lies the winery that claims to be the first private regional wine producer in Cyprus. When Andreas Kyriakidis established the 25 hectare Vouni Panayia winery back in 1987 he had the singular purpose of developing and promoting the island’s indigenous grape varieties. Today Vouni Panayia are proving to be one of the front-runners in Cyprus’s wine renaissance. Most visitors to the island know of the wineries that populate the centre of the island in the Troodos mountains, but fewer are aware of the high-altitude vineyards to the west of the wild and pristine Paphos forest. Much of the area is Landrover country, and it never ceases to astonish me just how much of this diminutive country is so unspoilt.

The present focus of the Kyriakidis clan, fronted by Andreas’s sons, Yiannis, Pavlos and Petros, are their small lot fermentations of native Cypriot varieties. 2017 saw the release of 8 different micro-vinifications that best illustrate the autochthonous vines and their relationship with the largely clay/gypsum soils of this region. High altitude plays its part in this equation too, as the majority of the family’s vineyards lie between 800m – 1,150m and benefit from the slightly cooler and wetter climate of this side of the island. It’s certainly a good deal greener and more tree-covered than most of the rest of Cyprus. The indigenous grapes in question are planted in varying quantities too, with some forming larger blocks than others. The following account represents those six wines made from the producer’s white varieties.

Spourtiko was often seen as an ‘also ran’ grape that best justified its existence by fertilising the dioecious Maratheftiko. This fragile-skinned, green-gold variety is early to mid-ripening and surprisingly aromatic. Vouni Panayia took fruit from two vineyards of 800m and 1,000m and, following a cold-soak, ran a cool fermentation as well as extended lees-ageing, that resulted in a fragrant and sherbet-flavoured wine with notable freshness. The packaging of the micro-vinification range is remarkably creative and each one possesses an associated name that resonates for the family. In this case the Spourtiko is ‘The Young Mountain Climber’.

I was very impressed by the Xynisteri (pictured below) here. ‘Our Village’ is a textured, mouth-filling, and altogether vinous and tensioned rendition of this widely-planted grape. It is lighter and less mouth filling than Zambartas’s excellent Single Vineyard version from near Mandria in Troodos, and altogether a more fragrant rendering than the benchmark Petritis from Kyperounda. It is, then, something different. The combination of 1,000m elevation, cold-soak, wild-yeast fermentation and extended lees work have created a layered complexity –  an authenticity, if you will, that is very encouraging for this widely-planted white variety. 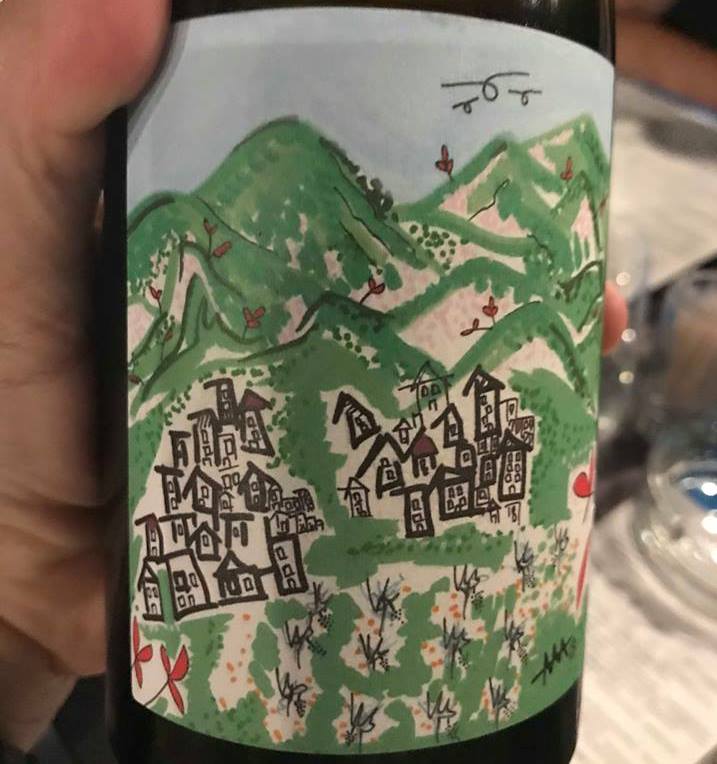 Tsaoussis ‘The Captain’/ Aspri Fraoula ‘White Strawberry’ are the same variety, but with two different names. This golden-berried variety looks as edible as any table grape. Its delicate aromatic profile and marked freshness are preserved with protective handling, a cool fermentation in steel, as well as by siting as high as any of the family’s vineyards – at 1,150m. This gentle vinification has resulted in a restrained and elegant fruit expression and an approachable and eminently drinkable style of white wine.

Morokanela ‘The Woman in the Old Wine Press’ is another fairly unusual and little seen native white variety. It possesses heavily palmated five-lobed leaves (no good for dolmades) that are fluffy on their underside. The associated wine showed a fragrant, stone-fruited and peach kernel character that finished with a lemony zip so typical of this grape. I strongly believe that this variety has a bright future, particularly for those seeking a wine with charm, drinkability and food-friendliness.

Promara ‘The King Chameleon’ (pictured below) and ‘The Biggest Mushroom’ are not only a triumph of humorous label artwork but also the white variety that best describes what Vouni Panayia are trying to achieve here. Both wines are from the ‘Kampos tis Rigenas’ vineyard, though the former is made protectively in stainless steel whilst ‘The Biggest Mushroom’ takes on an oxidative richness from alcoholic fermentation and maturation in 300 litre French oak barrels. The ripe stone fruit intensity and palate expansiveness of Promara are shown in two distinct incarnations here. Personally I found ‘The Biggest Mushroom’ to be the most compelling of all the white wines from 2017’s trials.

Cyprus is quietly and remarkably rapidly changing the character of its wine production. Small producers have recognised that in order to distinguish themselves they need to show an individuality and authenticity best illustrated by the island’s indigenous grape varieties. A number of innovative wineries are working hard to optimise their various terroirs and to determine how associated grape varieties best work with these sites. Vouni Panayia continue their explorative work in this field and, as the song goes, I suspect ‘that you ain’t seen nothin’ yet…’ 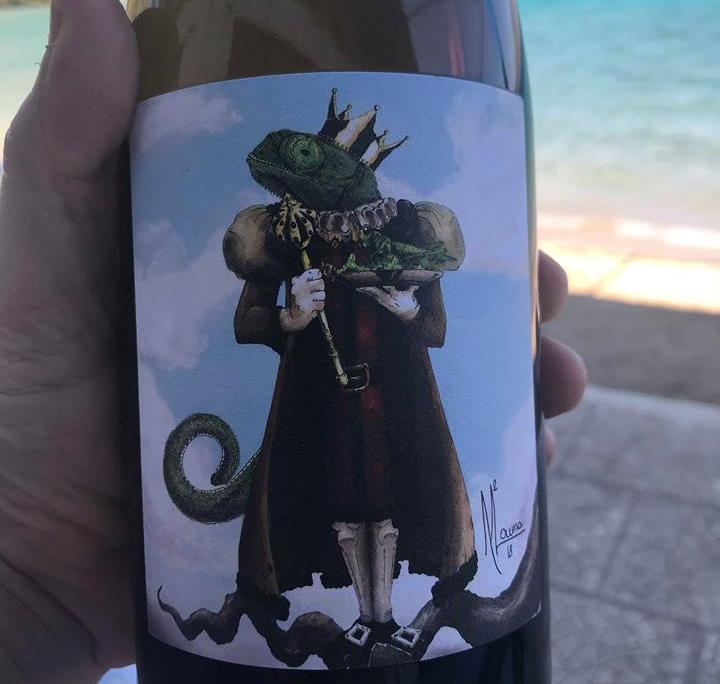 There is an intriguing side story on the Morokanela variety worth mentioning. Winemaker Yiannis Kyriakidis says that there is a misunderstanding here. There is the variety that was traditionally called Morokanela, which is the one that was studied and recorded as such by the famous ampelographer Pierre Galet. ”There are reports and photographic material in the book Vines and Wines of Cyprus edition 1993 by Galet himself, as well as in brochures from the Ministry of Agriculture” explains Kyriakidis. There is a common belief however that this variety is not really interesting for winemaking and no one produces wine from this.

”On the other hand, there is the variety that has traditionally been known as Aspri Fraoula or Tsaoussis” he continues. ”For some unknown reason, the Department of Agriculture, when it experimented with indigenous varieties, from 2008 or 2009 onwards named Morokanela the Aspri Fraoula, which afterwards supplied to growers and wineries” he concluded. The two varieties do not share common characteristics; for example Morokanela has moderate in size bunches with small berries while Tsaoussis has big bunches and big berries. ”We have reported the issue to the Ministry and we are waiting” Kyriakidis says.

So according to Vouni Panayia the true Morokanela (which faces the danger of extinction) is what is presented in ‘The Woman in the Old Wine Press’.

I have to say that I enjoyed all of the wines with their gentle winemaking and hands-off approach. I particularly enjoyed Xynisteri with its floral, mastic and oregano scents as well as the lovely, very finely-textured Morokanela. I enjoyed as well their rosé wine from Mavro grape called ‘Mr Michalis’, delivering lovely crunchy berries and floral scents, leading the way to a very fresh palate with a touch of phenolics. What is impressive in all the wines is how much flavour is expressed in these vinifications with just 11.5 to 12% abv. 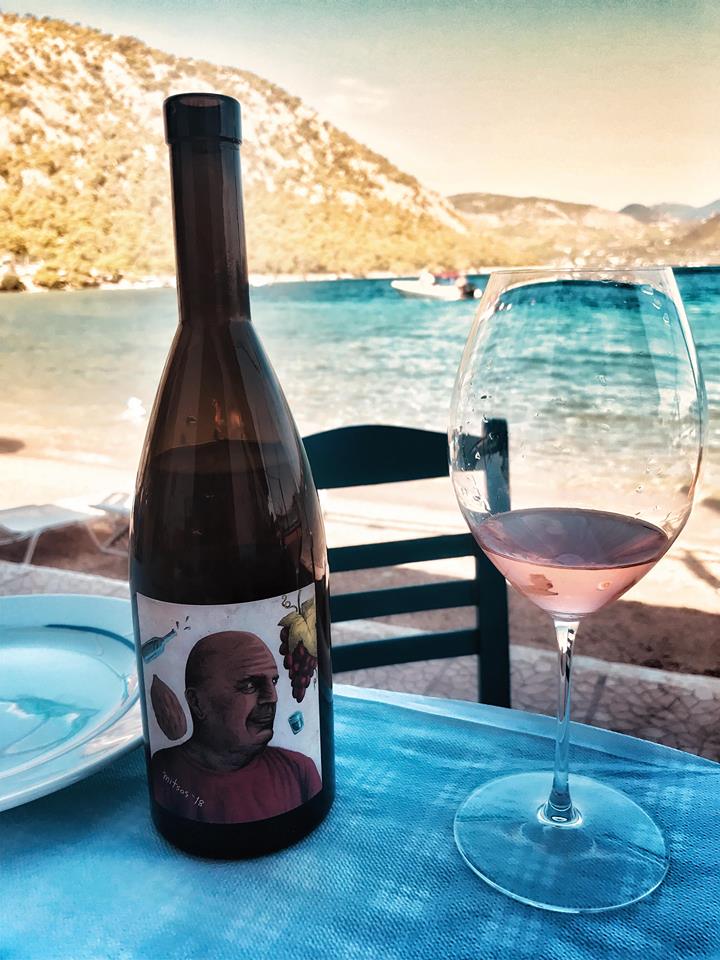