Exploring the vineyards of Israel

Exploring the vineyards of Israel

It had been on my mind for quite some time to visit Israel, to witness the wine scene there, and to see what the future might hold, so that when the Israeli Export & International Cooperation Institute constructed a visit for the Institute of Masters of Wine this last April, I jumped at the chance to get involved. To write a detailed account of all the producers that we visited would require a much longer article than is possible here, and this article is longer than it should be… However, here is an account of some of the winery visits we made as well as a snapshot concerning my thoughts on the state of Israeli wine today.

Eran Pick MW, Israel’s first and, for the immediate time-being, only Master of Wine, must be thanked for his tireless efforts in pulling-off such an energetic and informative trip. We commenced our inquiry at Tzora Vineyards (pictured below) in the Judean Hills where Eran is chief winemaker. The Judean Hills, sometimes referred to as the Jerusalem Hills is Israel’s largest and arguably best known viticultural zone. Until 1995 this 15 hectare estate was given over to plums, peaches and cherries; an ancestry common to many Israeli vineyards. This ultimately proved economically unsustainable and was always seriously compromised by the threat of bush fires. The estate, situated at between 600-700m on limestone, chalk and clay, is now nearly 100% planted with grapes. Since its inception leaf roll virus caused fundamental problems here but, due to the sustained efforts to root it out, has recently been totally eradicated. Cabernet-Sauvignon, Merlot and Syrah dominate and Chardonnay and Sauvignon Blanc also show their worth. Vineyards workers are almost entirely Bedouin who journey up from the south of Israel each day in order to tend the vines at Tzora.

Castel is another familiar name to come out of this region, and its founder, Eli Ben-Zaken, must be considered one of the founders of Israel’s wine industry. One of the most interesting revelations came from Eli when he revealed that there is no new vineyard land available today. All viticultural property is government owned and rented on long leases to those who possess ‘rights’ to the land. Interestingly it soon became apparent that hardly any wine producers in Israel are able to site their wineries amongst their vines. Planning laws just don’t permit it. 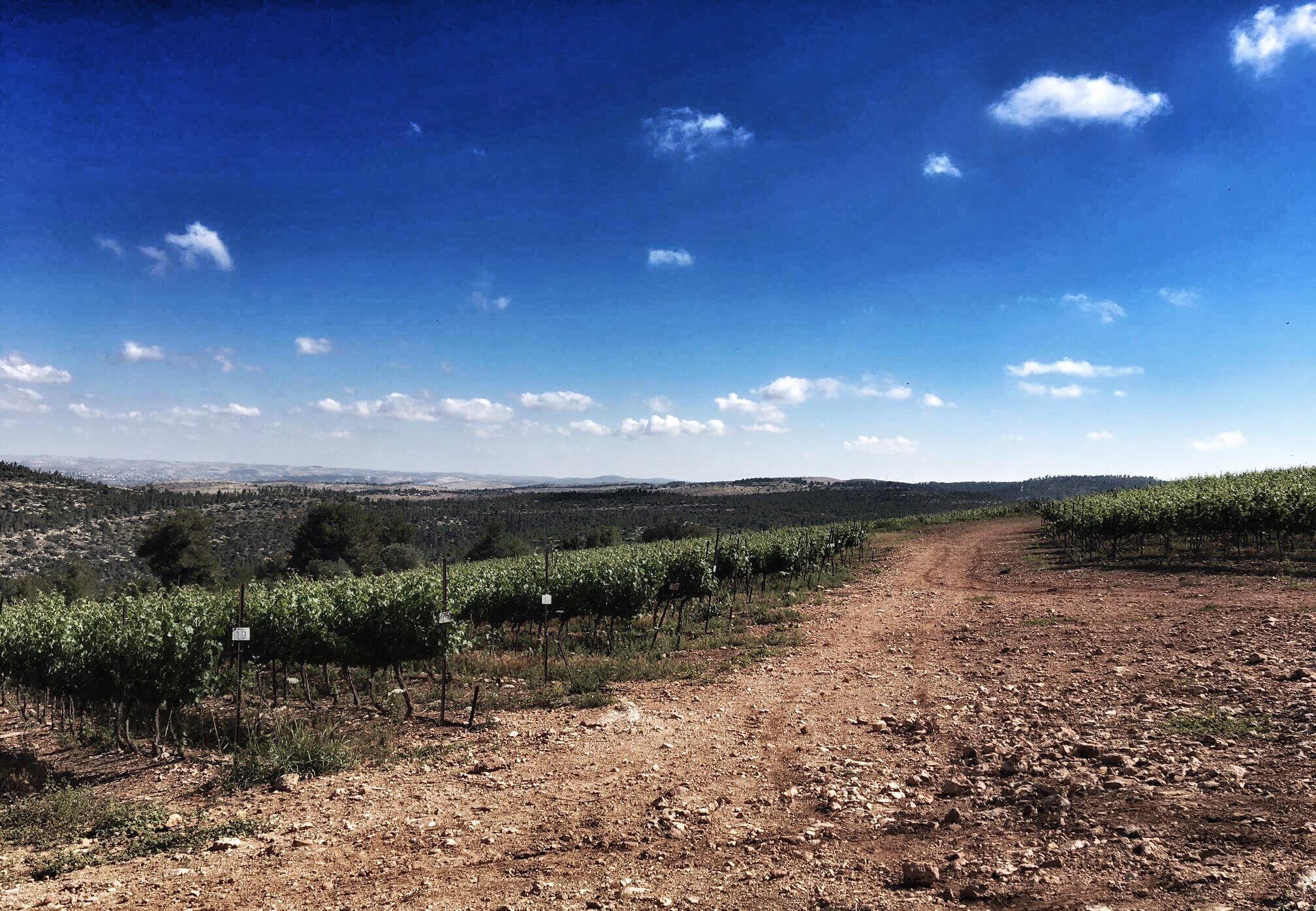 The next day’s excursion could not have been more different. Rather than the Mediterranean aridity of the Judean Hills, we passed by the Sea of Galilee (200 metres below sea level) on our way to the Golan Heights. Having swapped vehicles and proceeded with a very discreet armed guard, we were hosted by Victor Schoenfeld of the Golan Heights Winery. His associated nursery, the only licensed vine nursery in Israel, was a real eye-opener. Leaf roll is visibly a clear and present danger in Israel, but one that I feel sure that all involved will eliminate. The will to succeed in this regard is palpable. To this end the nursery deals with 35 different variations: 5 rootstocks and clones, an isolated spot away from commercial vineyards, high density planting, insect proofing, 3-4 years from import of material to sale of material, and every row has only one element of clone and rootstock. All of this to eliminate the number one pest that clearly troubles Israel’s 5,500 hectares of vines…a very small total when you think about it.

Victor was joined by Uri Heitz of Chateau Golan and together they explained their meteorological deductions they’ve been making in the region. Whilst dry, only 700 mm per annum and only 50 mm of that in the growing season, the substrate is quite unique in Israel. Five different types of soil characterise the Golan Heights, mostly basaltic and volcanic tuffeau, testament to a highly active geological past. They’re also good at retaining what little moisture exists. Over lunch amongst the vines we could hear heavy gunfire echoing from nearby Syria; a sad reminder in what was otherwise a tranquil experience.

That evening we drove to Upper Galilee, to Mt Meiron, and the next morning visited Shvo at some 800m. Gabi Sadan is one of many new wave Israeli producers turning away from Bordeaux varieties and experimenting more with varieties perhaps more obviously suited to their climate: Grenache, Mourvèdre, and Syrah, but also Barbera, Chenin Blanc and Sauvignon Blanc. In this more humid environment disease pressure is greater than in other regions. However, westerly afternoon breezes appear to keep disease pressure largely under control. The changing geology continued, with terrarossa and, surprisingly, flint. Organic principles, visibly on the rise in Israel, were exhibited here.

Like many smaller producers whom we visited, Shvo are not Kosher. You can see this immediately with their cover crops; strictly forbidden to Kosher makers . We were mulling this over amongst ourselves as well as with producers, who were more than happy to delve into the benefits and drawbacks of Kosher production. Certainly making wine under Kosher principles provides a large and world-wide consumer base of conservative (but not observant) and observant and more orthodox Jewry. However, only observant Jews are permitted to handle winemaking equipment. This rules out the great majority of winemakers in their own wineries should they pursue Kosher winemaking. Instead they become adept puppet masters! Many producers admitted to the considerable challenges of making wine in a Kosher fashion but realised the worthwhile benefits not only within but outside of Israel. However, the majority of smaller producers (almost entirely secular) couldn not afford to hire additional (observant) winemakers, nor felt that the benefits outweighed the inherent difficulties, expense, or cultural obstacles. In essence, smaller winemakers need to be involved in every aspect of their wine. Personally, I find the whole subject fascinating. As a gentile I enjoyed seeing my objections and prejudices dissolve. Only practical disagreements remained.

Centurion tank in the Golan Height

One of the most impressive wine regions we visited was Mt. Carmel where we were hosted by Amphorae Vineyards in Western Galilee. The sheer scale of experimentation amongst local wineries was delightful. Amphorae kindly hosted a walk around tasting that showcased their own impressive wines as well as those of numerous small and micro-production outfits such as Vortman, Bar-Maor, Abaya, Stern and Lotem. This tasting was proof of a very vital and funky wine scene that values experimentation such ‘orange’ wines, as well as the development of undoubtedly well-suited varieties such as Marselan, Colombard and Carignan. These grapes are extremely happy in this environment and we tasted a number of very convincing wines that spell a rosy future for the region and country as a whole. I felt considerably buoyed by this tasting, having been somewhat skeptical of the seemingly outmoded reliance on Bordeaux blends. Don’t get me wrong, there are some good wines made from Bordeaux varieties in Israel. But are they the best-suited grapes? Probably not. Are they still popular due to Californian influence here and a good many producers having studied at UC Davis? Possibly.

The closing day of vinous pursuits was one of the most interesting that I’ve ever experienced. There are many contentious issues related to this country, but what they do well is thorough research. Yiannis and I are both good friends with the charming Ido Lewinshon (former winemaker at the excellent Recanati Estate) and, as chief winemaker at Barkan in the Judean Foothills, he played host to two fascinating lectures on ‘Desert Wines’, plus the ‘Indigenous Grape Varieties of Israel’. Noam Reshef gave us a fascinating treatise on ‘Rethinking Grape Sunlight Exposure in a Hot Climate’, focused on his PhD research in the Negev desert. Again, there constitutes an entire article just on its own. Another revelation concerned a subject close to my own heart: ‘Indigenous Grape Varieties and Their Wine Potential’ given by Dr. Shivi Drori. The research goals here were outlined as finding lost varieties, recognising those varieties, and finding out which ones were used in ancient times. There are 23 of them! Who knew? Aside from the two I did know: Jandali and Marawi (Hamdani); both white, other potentially high quality white grapes exist with the names of Dabuki, Bustan, Ramtania, Be’er and Dumiat. I would like to see more evidence in today’s wines of Bustan, Yael, Tzuba, Misla, Marawani and Bistuni – all red. Sylvestris vines can also, apparently, make convincing wine here too. Tiny populations of these native grapevines often amounts to a single vine. The rescue task is huge but of immeasurable importance.

The Israeli wine industry is at a major crossroads. Its vital foundation days are behind it and the lessons learned from those early though recent years appear to be reflected in the improving quality of wine being produced today. As an advocate for the region as a whole I cannot wait to see what is yet to come. There are many challenges facing the industry at the present time, not least political, regulatory, cultural, scale…but perhaps the biggest issue concerning the actual export of these wines is their price; they are not cheap. Hopefully we will see more of the best producers promote their wines outside of Israel. I look forward to the day that another ancient wine producing culture of the Eastern Mediterranean comes back into focus. L’chaim! 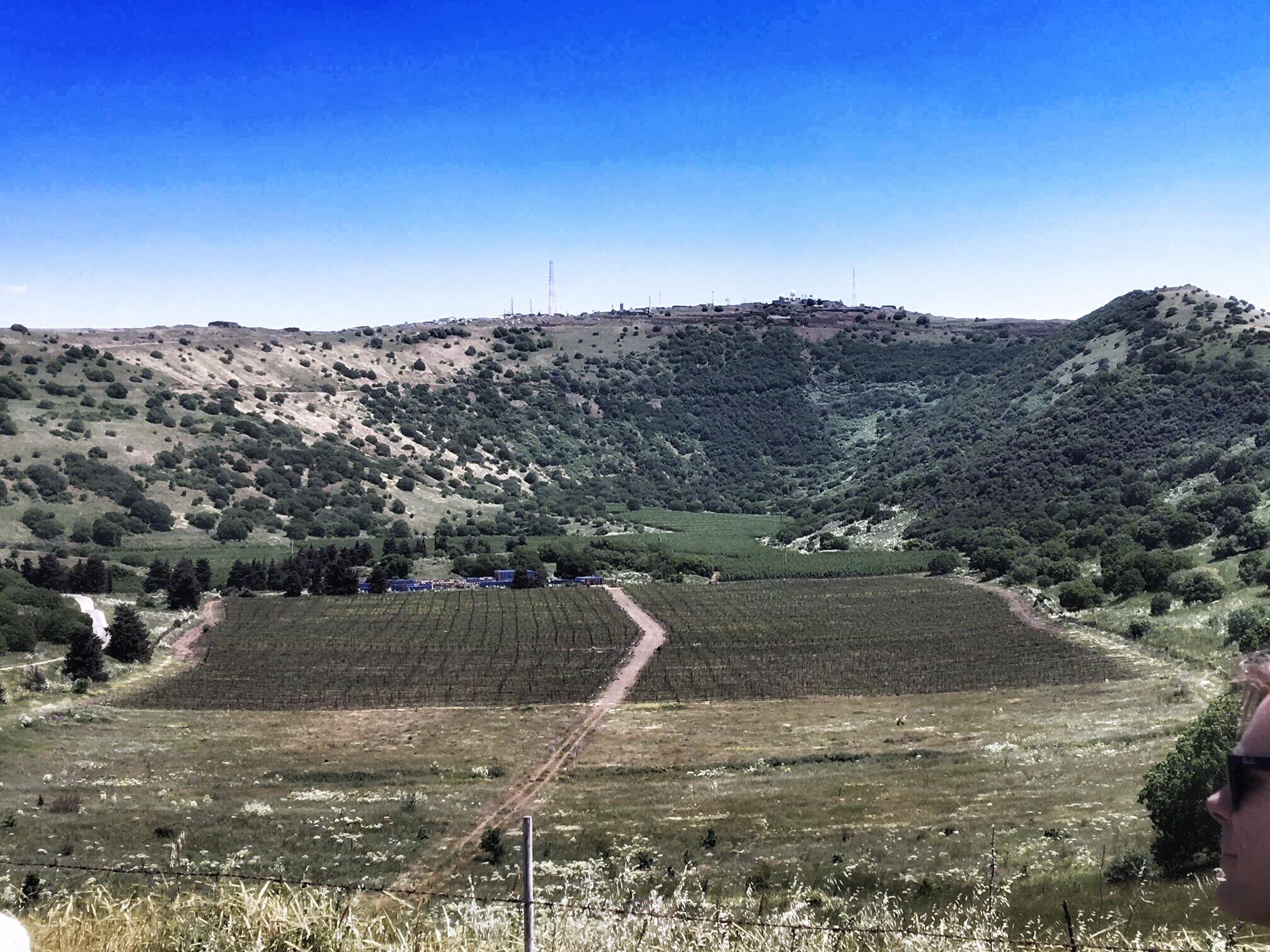